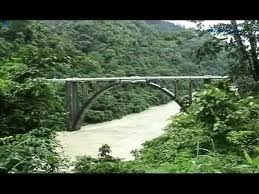 Bhutan, the Land of the Thunder Dragon, is no ordinary place. It is without doubt one of the world`s most unusual countries. It is a land wrapped in myth and legend. The kingdom of Bhutan lies in the eastern Himalayas bordered north by China and on all other sides by India. It has very high mountains, fertile valleys and thick forest forests. The country is mostly made up of mountains covered in lush green forests, towering over valleys that are home to rice fields and rivers. Traditional Bhutanese houses are sparsely distributed throughout the country and there are a few small cities. Bhutan is a land of awesome mountains – some of the highest in the world – thick-forested valleys and imposing dzong, monastery fortifications often perched up on cliff sides. It is a place where landscapes are dotted with blue poppies, snow leopards and innumerable banners of bright flapping prayer flags.
Bhutan takes its Buddhism seriously. The religion pervades all levels of life, resulting in peaceful temples, red-robed monks scurrying along the streets, a mind-blowing number of deities and legends, and a widespread belief in practicing kindness and loving to all sentient beings – what could be better than that? Bhutan, for years closed off from the rest of the world, seems like a little slice of Himalayan heaven. Here, traffic lights do not exist, strict conservation laws mean trees still cover almost 75% of the country, and productivity is measured in Gross National Happiness.
This is a country where buying cigarettes is illegal, where the rice is red and where chilies are not just a seasoning but the entire dish. It is also a deeply Buddhist land, where men wear a tunic to work, where giant protective penises are painted on the walls of most houses. Tourism in Bhutan is also unique. Visitors famously have to pay a minimum of US$200 per day, making it one of the world’s most expensive countries to visit, but this fee is all-inclusive, you do not have to travel in a group and you can arrange your own itinerary. A short and relatively gentle tour, providing an overall impression of the land, the people and the history of the last independent Buddhist Kingdom, One of the most remarkable aspects of the country is in its overall degree of separation from the outer world. During this brief stay you will witness many of Bhutan’s defining characteristics and fascinating contrasts. It is both immensely refreshing and stimulating to find oneself in a situation so different from the familiar.
The trip covers the highlights of western Bhutan: Paro, Thimphu and Punakha. Paro is one of the holiest and most fertile places in the country. The lower valley of Punakha possesses an immense historical significance. As you hike through the surrounding countryside, visiting temples and passing through traditional village settlements, it is clear that both maintain the overall ambiance and tranquility of earlier times. Thimphu is Bhutan’s capital city and the hub of modern influence. Here you can observe how the country is seeking to merge new practices within its rich traditions.
Posted by Prakriti Inbound at 1:56 PM No comments:

Email ThisBlogThis!Share to TwitterShare to FacebookShare to Pinterest
Labels: Travel to Bhutan

Travel to Turkey from China 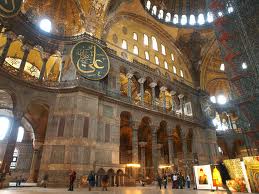 There is a small community of Chinese still living their life in Turkey, mostly temporary expatriates. While a few hundred Chinese students are enrolled in various Turkish universities, so you won’t feel completely out of place. Most people in turkey are from the Xinjiang region of China. They have come in large numbers since the early 1950s from the northwestern provinces of China, and as part of their migration to the Middle East; many chose to settle down in urban centers of Turkey. Today, they have effectively associated themselves with the local economy and can be seen practicing in various forms of trade.
Turkey has been protesting the treatment the Chinese mete out to the largest Muslim group in their country but this does not impact their tourism industry and they do not bother the Chinese tourists. Some groups however have reportedly engaged in various attacks against Chinese nationals and interests based in Turkey. In 2009, the Chinese Foreign Ministry warned its citizens in Turkey "to remain vigilant and ... avoid crowded or sensitive places" after a series of threats were made on Chinese people and facilities.
Keeping the political turmoil aside turkey is a beautiful place to visit. Some of the most famous and admirable places one can opt for when they are to visit turkey are Blue Mosque, Sultan Ahmet Camii is one of the most beautiful mosques ever built. Completed in 1616 by Mehmet Aga is among the best in its class and a scared place to visit and spend an evening together with your family.
The largest church in existence when it was built is great masterpiece of Byzantine art. The church was sacked by the Latin’s during the 4th crusade in 1204 and many of its treasures taken to the west but its beauty is still intact and is worth one’s time.
Ephesus an important trade and religious center is one of the oldest ancient cities still preserved with a history dating back the 12 C BC. During the Roman period its population reached approx. 250,000.
The spring water at Pamukkale is a natural wonders because of its unique geological formation formed over 14.000 years. It is said to posses’ therapeutic qualities which heal many skin ailments and many more such qualities.
Cappadocia lies in a triangle formed by the three main towns of Kayseri, Nevsehir and Nigde is a high plateau in Central Turkey at an altitude of 1000 m. The city of Pergamon was founded on a hill overlooking the Caicos plain. It became one of the cultural and an intellectual center in its merry days is still in existence since the 8th C BC when Aeolian Greek colonies settled in the area. The city Sardis another historical city remains to watch has a great historical importance attached to it. It was the capital of the Kingdom of Lydia founded on the banks of the famous golden-bearing river Pactolur has many legends associated to it. A Greek colony since 13th C BC Aspendus is located in the ancient region of Pamphylia is an existing settlement of Hittites. Alexander the Great claimed the city from the Persians and during the Roman period it was an important port city and now a world famous tourist site.