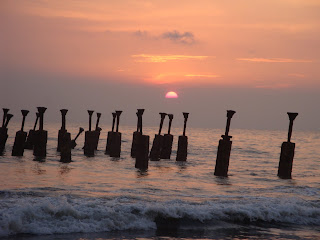 Calicut, the most important city of Malabar region of Kerala, was a leading trading center for spices on the West Coast of India during the medieval period. Ruled by the Zamorin Dynasty, Calicut found a place in World History with the discovery of sea route to India in 1498 by the Portuguese navigator Vasco Da Gama. The landing of Gama at Kapat near Calicut changed the political scenarios of India, which ultimately ended with its colonization by the British. It remained under the Madras Presidency till the formation of Kerala in 1956 after independence.
Location: Calicut or Kozhikode is situated in the south Indian state of Kerala on the southwest coast of the Arabian Sea. The district extends from latitude 11°15' N to 75°49' E. Basking in the idyllic setting of the serene Arabian Sea on the west and mesmeric peaks of the Wayanad hills on the east, this district has all the required ingredients to fascinate a tourist.
Other Name: Calicut
Languages Spoken: Malayalam, English, and Hindi
Long Distance Code +91-495
International Access: Calicut International Airport
Area: 2345 sq.km
Best Time to Visit: September to May
Kozhikode Attractions
Kozhikode Beach
Kappad
Pazhassiraja Museum
Posted by Sanjeev Barman at 4:21 PM No comments: