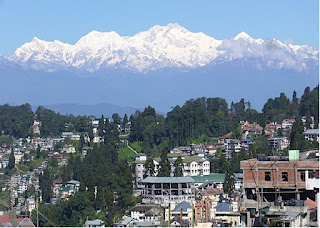 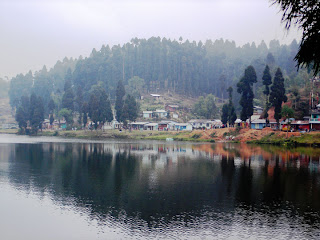 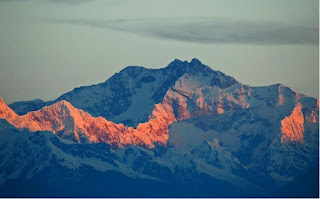 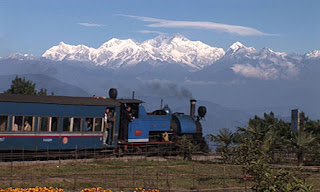 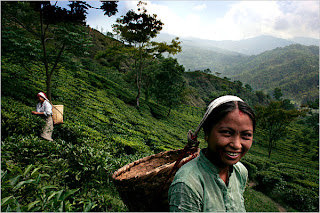 The tea Gardens
Darjeeling grows the world famous tea. The exotic tea produced here is known as the Champagne of teas. There are about 86 tea estates in Darjeeling which produce 10 million kg tea every year. The story of Darjeeling tea started some 160 years ago when a civil surgeon, Dr. Campbell planted a few seeds in his garden at an altitude of 7,000 feet. The soil and the weather being conducive to tea growth soon tea gardens became popular and later became the main source of income of Darjeeling. One can visit a tea estate and see all the stages of tea being made, right from plucking to processing it and also can taste the tea and buy it.
The Lloyd Botanical Gardens
Sir Ashley started the Lloyd Botanical Garden to study living specimens from the sub-temperate and temperate Himalayas in 1878 over the 40 acres land donated by Sir Lloyd. Over the years, exotic plants from other parts of the world have also been included turning them into the best gardens of Asia.The garden has charmingly laid-out terraces containing alpine plants, arum lilies, geraniums, azaleas, tree ferns and conifers. There are plant species from Europe, Japan, China, Africa, America, and also from Australia and New Zealand The Orchidarium houses 2,500 plants, including over 50 rare varieties. The cacti and succulents are housed in a separate conservatory, with 150 species on display. The medicinal garden contains indigenous medicinal plants of the Eastern Himalayas. A flower show is held annually during the summer months.
Darjeeling Hotels:
MAYFAIR HILL RESORT
TotalRooms:31
StarCategory:3
The erstwhile summerhouse of Maharaja of Nazargunj is now redesigned in the colonial style as modern resort located just opposite the Governor House. This westward facing resort offers warmth of sunlight to guests throughout the day. Surrounded by fir and pine trees & flowers of different colours, shapes sizes and fragrances, Mayfair Hill Resort nestles at the foot of a hill and overlooks several others.. A stay in this resort is a haven from the maddening crowds.
SINCLAIRS DARJEELING
Total Rooms : 50
Star Category : 3
One of the best hotels in Darjeeling. 50 beautifully appointed rooms & facing the Kanchanjanga.Darjeeling (2134 metres above sea level) is a superlative combination of fern-filled valleys, snow-capped peaks and tea-scented air. A blue toy train on the world's highest railway track chugs through an emerald carpet of tea gardens, passing through a series of dizzying waterfalls and hairpin bends.
THE ELGIN
Total Rooms : 32
Star Category : 3
A heritage property in Darjeeling. hotel provides warm cosy ambience in 32 well equipped rooms all rooms have a fire places and are funished with wooden pine floors and walnut panell
WINDAMERE HOTEL
Total Rooms : 39
Star Category : 4
The Windamere Hotel-situated on the Mall, Darjeeling's beautiful scenic walk, and overlooking the Chowrasta, the town's famous promenade. Hotel has 21 rooms with 5 attic rooms, 6 luxurious double rooms, 10 cottages.
HOTEL VICEROY
Total Rooms : 38
Star Category : 4
A luxury hotel in Darjeeling, India ,Viceroy needs no introduction. Stepping into the warm settings of the hotel,you will immediately feel yourself sucked into the lap of contemporary, understated luxury. It is the best hotel in Darjeeling where you can pamper yourself with the ultimate luxury. The details are in impeccable from its world class service and cuisine to an unrivalled fusion of business services and modern luxuries, from the displays of fine art work to the highly stylized uniforms worn by the staff. The Viceroy is in every sense a fashionable deluxe hotel in Darjeeling and is graded as the best hotel in Darjeeling.
More Darjeeling hotels.....
Posted by Sanjeev Barman at 11:48 AM 1 comment: