If you are interested to enjoy an amazing and memorable holiday? Here’s another “not-to-miss” experience in Dubai. The Dhow Cruise in Dubai Marina is perhaps one of the biggest attractions in the world. The Cruise takes place in Dhow. Dhow refers to an ancient Arabic Boat that was widely used by the people for commercial purposes. If you are planning for a full time relaxing moments then Dhow Cruise Dinner Dubai is the best moment with your family. This is the right place where you can express yourself. Dubai cruise has been the favorite activity of people because not only they get to see the enormous and beautiful Arabian Sea but also get to witness the man made master pieces in Dubai. 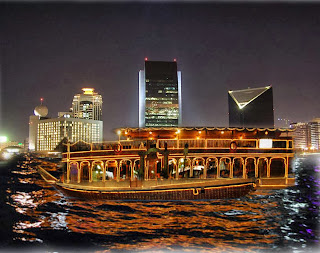 A Dhow is magnificently decorated wooden ships have long been used for fishing, trade and travel. It was also used to transport valuable cargo from Africa and India. Since Dubai has flourished economically in recent times, these Dhows have lost their original purpose and are now used to cater to leisure passengers taking a mini-cruise of the historic Dubai Creek. The dhow cruise has not changed much since the olden days and has a variety of attractive options for tourists and visitors to enjoy. 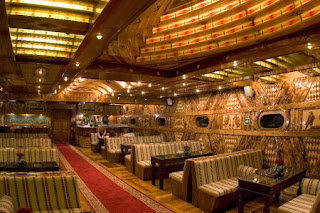 Travelers looking for that perfect and peaceful night with an exotic Dubai Dhow cruise dinner and For food lovers and being in Dubai it would be a great idea to join a Dubai Dhow Cruise journey over the dark rich water and enjoy the night beauty along with best world cuisines. There you will see amazing sea animals in water, as Dubai is complete with amazing locations and visitors’ areas. God has blessed this land so many amazing beauty that we just cannot think about it, the amazing areas, sea, ocean and much more. Visitors arrive in Dubai every year with the sole intention of enjoying the famous Dubai dhow cruise that will give them an experience that is pleasurable and unique. However, most of these visitors have multiple concerns while looking for a reliable and reputable service provider. Not only getting the best cruise experience but also the timing, convenience of the cruise and affordability are some of the major factors that they have to consider before finalizing the service provider for dhow cruise Dubai. All your concerns and worries will come to an end when you approach Prakriti(T2everywhere). The entertainment options ranges from traditional belly dancing and music to live bands and recorded music. There is also a magic show for children and the young at heart. A dinner on a dhow cruise is the perfect getaway for couples that are in need of a romantic getaway. A spectacular view of Dubai’s starry night sky, the beautiful Dubai creek and the romantic music played by live bands are sure to Set hearts racing. It is also a great way to spend time with family and friends.

Prakriti(T2everywhere.com) can arrange the best Dhow cruise tour packages for couple looking for wonderful and memorable dhow dinner cruise Dubai or is on dating. Book your Dhow Cruise Tourpackage with t2everywhere.com and relax.
Posted by Prakriti Inbound at 4:14 PM No comments: 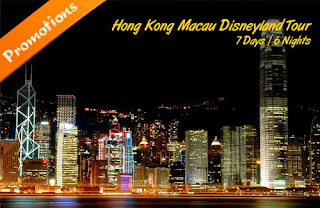 Hong Kong is the third most popular destination in the world. A city with not only Chinese,  but also English influences. A city with more skyscrapers than New York City and so many shops, that you get the feeling that the whole city is one big shopping mall. And a city where most people would go crazy because of the chaotic lifestyle. Hong Kong have a number of favorite places in this great city; Kowloon Park, Victoria Peak , the Lord Stow’s bakery Portuguese egg starts from Macau that they sell at the Excelsior Hotel’s Espresso shop; perhaps the world’s most romantic and historic boat ride. There are many beautiful places that every tourist must visit. So let’s start with Macau.

Macau Museum:
Museum of Macau is built into a hill and occupies for Macau’s strongest fort, this fort maid in the 16th century. It describes about the history of the city and the territory of the Portuguese colony in Macau so if you like to know more about such things you must visit this museum. Now a day’s it is a special administrative region for the people of china. 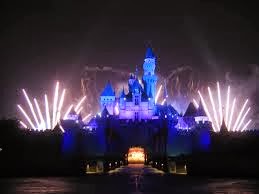 Located at Lantau Island, Hong Kong Disneyland is the smallest Disneyland in the world. Disneyland is one of the most beautiful place to visit your kids will love to visit it and there are seven themed areas such as adventure land tomorrow land, USA, Main street, Mystic Point, Grizzly Gulch. The theme park’s cast members speak in Cantonese, English, and Mandarin. While you are there, do not miss the Flight Of Fantasy Parade, which is a scheduled daytime parade of Disney characters, if you are a kid, you will most probably love all the rides! However, I highly recommend the 3D animated film at Mickey's PhilharMagic and the Festival of the Lion King musical - they were pretty awesome! And of course, you have not really visited Disneyland if you did not catch the nightly fireworks display with the Sleeping Beauty Castle as the backdrop.

Lamma is one of the many islands in Hong Kong that can offer you a relaxing day off from the bustling city. It’s about a half hour from Central Hong Kong, passing alongside giant apartment towers on one edge of Hong Kong Island before heading the short distance to Lamma. There are exposed orange-red rocks on the shore and a small pagoda, and then, wham, you’re in the harbour. There’s a ramshackle fishing village and then a small main street that’s filled with lively and extremely casual cafes and small shops selling cans of imported beer for a buck, plus snacks and towels and such. There you can find both Chinese sea food and Western restaurants. The village isn’t that big, but that’s part of the charm. Family Trail can take you between one to two hours, depending your speed and the amount of photographs you want to take along the trail. It’s quite a relaxing route, but does include some work for your legs and butt. Wear comfortable shoes and remember a water bottle.there is plenty of excellent fish and seafood restaurants, with picturesque views of live animals in aquarium. It is also large fish farming site in waters of this quiet bay here, said to be the largest one in Hong Kong.

This is a world class food city, but only recently have they offered world class sausages and poutine. The pig is centre of attention in Hong Kong at the moment, first with the opening and unyielding popularity of The Salted Pig, and now with Yonge Piggies, on the corner of Bonham Strand and Jervois Street. Yonge (pronounced ‘young’) Piggies is a Canadian hotdog joint named after hotdog vendor-lined Yonge Street in Toronto. With its retro neon signs, metal clad decor and open front, complete with high red stools, Yonge Piggies does indeed look like it’s been transported straight from North America, much like its Canadian sausages.